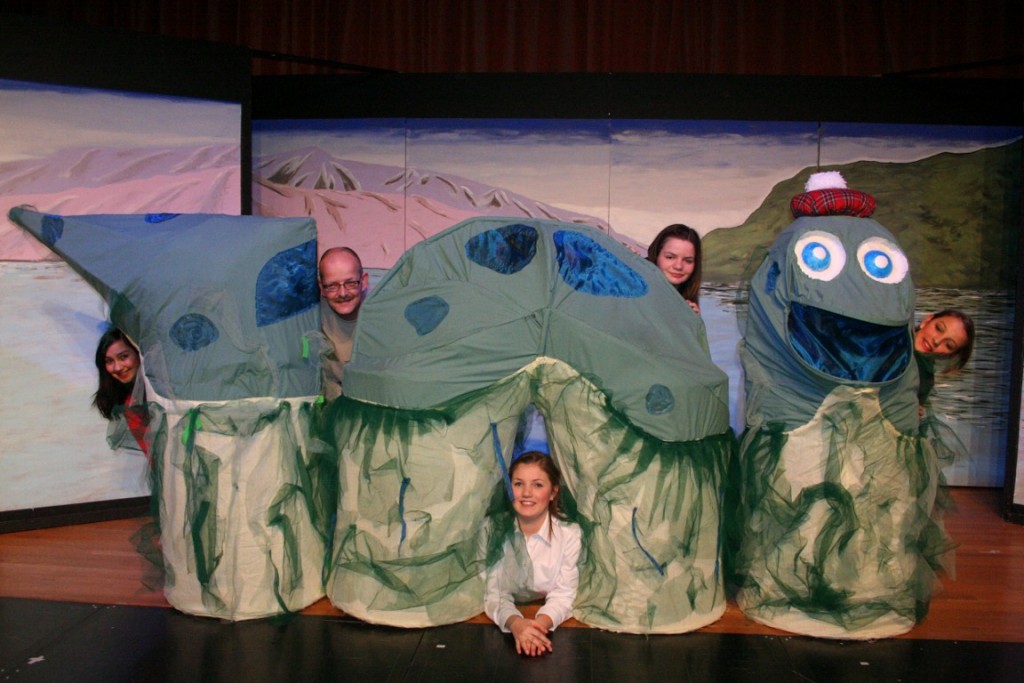 The BADCo 2010 Production was Nessie – The Hunt for the Loch Ness Monster, written by Neil Sanyal-Griffiths and directed by Anna Eaton

Mrs Millicent Maliphant runs a zoo – but it’s struggling. What she needs is a new star attraction! So Millicent and her children Chris and Janine head to Scotland to search for an amazing creature that will have everyone flocking to the zoo to see it.